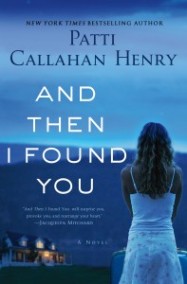 Kate Vaughan is no stranger to tough choices.
She’s made them before. Now it’s time to do it again.
Kate has a secret, something tucked away in her past.And she’s getting on with her life. Her business is thriving. She has a strong relationship with her family, and a devoted boyfriend whom she wants to love with all her heart. If Kate had ever made a list, Rowan would fill the imagined boxes of a perfect mate. But she wants more than the perfect on paper relationship; she wants a real and imperfect love. That’s why, when Kate discovers the small velvet box hidden in Rowan’s drawer, she panics.
It always happens this way. Just when Kate thinks she can love, just when she believes she can conquer the fear, she’s filled with dread. And she wants more than anything to make this feeling go away. But how?
When the mistakes have been made and the running is over, it’s time to face the truth. Kate knows this. She understands that a woman can never undo what can never be undone. Yet, for the first time in her life she also knows that she won’t fully love until she confronts those from her past. It’s time to act.
Can she do it? Can she travel to the place where it all began, to the one who shares her secret? Can the lost ever become found?
And Then I Found You gives new life to the phrase “inspired by a true story.” By travelling back to a painful time in her own family’s history, the author explores the limits of courage, and the price of a selfless act.

FRESH DYNAMIC: Granted, I don’t read Women’s Fiction as often as I used to, but I haven’t read much Fiction at all these days where an entire family heaps so much GOOD, but not-well-suited advice to one person. Henry draws the picture very early that Kate’s family is loving and supportive – so invested in one another that Kate “pays it forward”. Kate invests herself in troubled teens not because she was one, but out of compassion. That certainly IS a fresh dynamic. I don’t even recall an alcoholic uncle mentioned anywhere in the entire text and doesn’t EVERYONE have one of those?

So often, characters are thrown into situations where they grieve a situation made in haste, without good counsel. Kate grieves a decision she considered thoroughly. In fact, Kate’s ability to grind her decisions to dust could drive a reader to stab the novel at times, but Henry layers Kate’s personality well. The story told in AND THEN I FOUND YOU is the solution to Kate’s long-standing problem, not a story where Kate was presented with a problem to solve. Kate’s public self is not much different from her private self because she lives her life surrounded by a supportive family who knows her secret. Her secrets are kept from Rowan, possible fiance, and their “friends”. This is where readers see her unravel.

Kate’s whiny, self-obsessed stares at the river seem like spots of deleted action. Possibly moving some later scenes forward would have helped this and trimmed the wishy-washy feel out of the last few pages and helped with pacing.

I had to wipe my eyes several times during this read. I appreciated Kate’s respect for the adoptive mom’s territory and found it interesting that AND THEN I FOUND YOU’s release is close to the release of the Tina Fey / Paul Rudd movie, ADMISSION.

Maybe there could have been, somewhere. Because we all knew what would happen when we started reading, but Henry’s characters are so well drawn that readers don’t mind a bit. Like I said, there is a great emotional payoff, served most by the mother-daughter unease. Questions of: How do we go about this? How do we relate? And most importantly, Where do we go from here? Still hang in the balance.

Great beach read. Has well-developed family dynamic. This is another one to recommend to mom or grandma to open discussions about how pregnancy was handled differently in previous generations. Would be great springboard for conversation with a young teenage girl, fostering some deep and interesting discussion.